Some of you may remember August 13-19, 2012 as a week of intense blogging here on Act IV. Others of you may only remember being extremely annoyed by the copious posting. Most of you don’t remember it at all. But I will remember it as the birth of something beautiful.

One evening last August, after some sort of Twitter smack talk, my friends Kelcie, Cory, and I decided to have a week-long blogging competition. We had just a few simple rules, and whoever ended the week with the most posts would be named the champion. We called it Blog Wars.

What began as a silly idea became one of my favorite things from 2012 (even after sustaining a sound beating by Kelcie), so I was thrilled when we decided to do it again. But listen, we Warriors have come a long way since last year. We don’t have time for child’s play anymore. We’ve grown up, and we knew Blog Wars had to grow with us.

Welcome to Blog Wars 2013: bigger, better, and (dare I say) more sophisticated. The basic premise is the same: it’s a blogging competition aimed at pushing us as writers and tapping into the magic that happens when people create together. But there are some major differences:

It’s a month long. Yes, a month. July 1-31, to be exact (which means this post doesn’t count, just in case you were wondering). Lengthening the timeframe means the emphasis shifts away from speed, allowing us space to craft good pieces and ensuring you don’t want to kill us for bombarding you with posts. Don’t expect something every day — not on this blog, anyway.

We’re inviting others to join us. I know this invitation is shamefully late considering Blog Wars begins in 3 hours, but if you want in, we’d love to have you. I promise it’s super fun and you’ll probably learn stuff. (Just contact me if you’re interested.)

We have a new scoring system. We’ve developed a list of categories, each worth a different number of points depending on difficulty, that our posts could fall into. Here’s the rubric:

2 points
A how-to
A (book/album/movie/etc.) review
A devotional post

5 points
Collaboration with another Warrior

There are also points for guest posting, completing a post in every category, funniest post, etc. We’re still imposing a 300-word minimum (creative and multimedia pieces excepted), and we’ve promised to not write anything intentionally sub-par just to get points.

So now that you have all the gory details (this is a war, after all), there’s nothing left but to ask you to stay tuned for a month of quality blogging. Do check out my competition as well (you’ll find links to their blogs below). And I’m not too ashamed to say that all of us would appreciate you sharing our posts with others. I’m just saying this could go viral. Maybe. (#BW13) 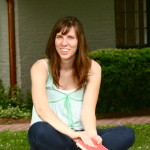 You know me. Find every exciting post right here on Act IV.

Pictured here with her fiance (!) Mark. Read all about him and find inspiration for your life On the Fringes. 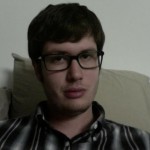 Find out everything you ever wanted to know about pop culture and small-time farming on Cory’s blog, A Multitude of Drops. 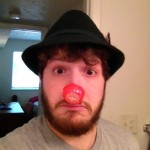 Dustin should’ve participated last year, but he didn’t. We’re giving him a chance to prove himself in 2013. Check out his rather poetic Revelation in Reverie. (I have no idea what’s going on in this photo, but he put it on Facebook so it’s fair game.) 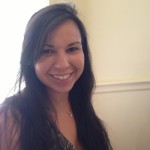 Kim is another newcomer, and we’re excited to experience the deliciousness of A Book, Coffee, and the Park.