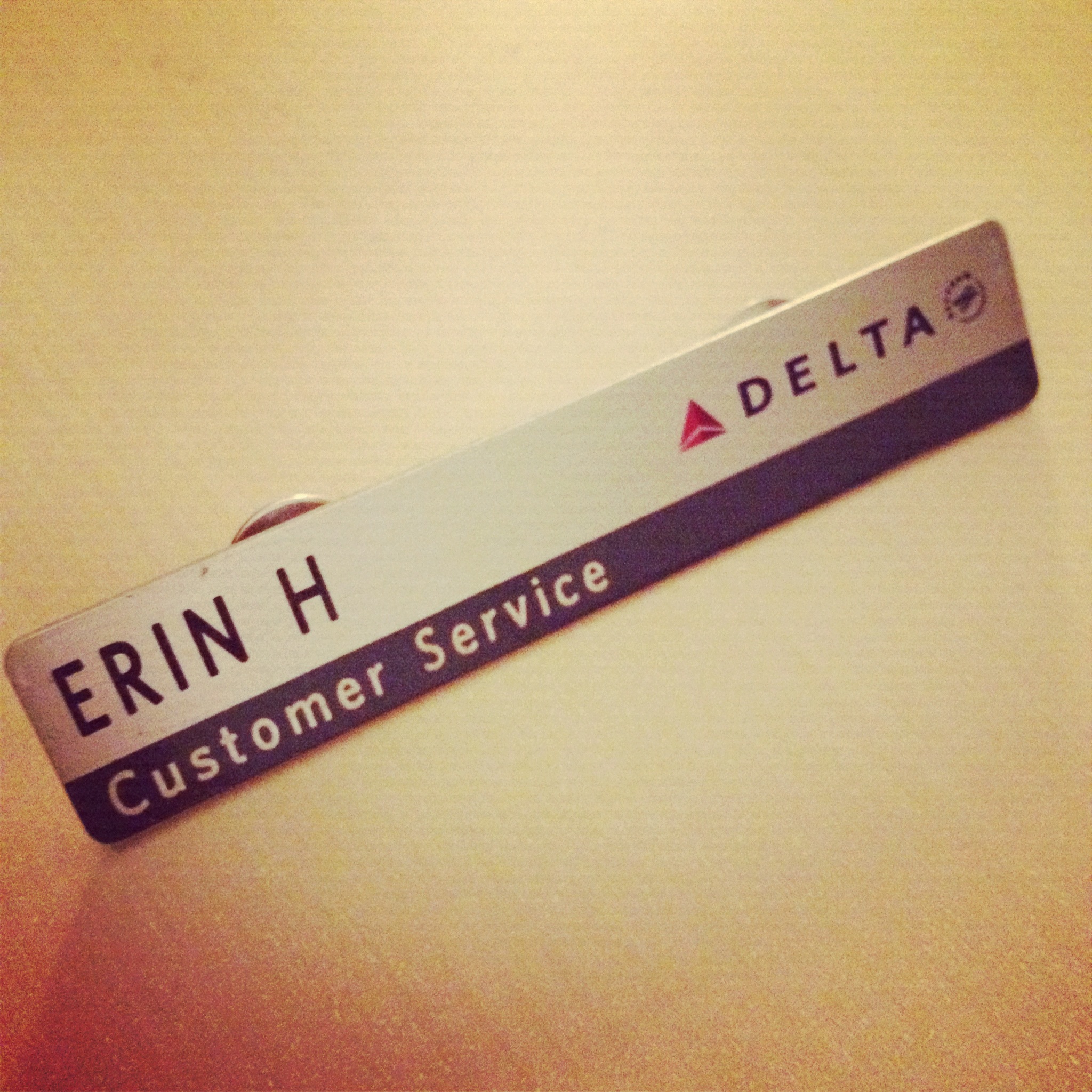 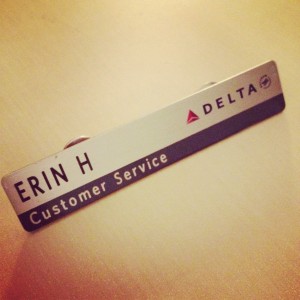 From 2006-2011, I was a proud employee of Delta Airlines. My mama just had her 14th anniversary with Delta, and my big brother did a stint as a ramp agent in college, so it’s about the closest thing we have to a family business. (Other than being right. And awesome.) I loved working for Delta. The airport was such a fun environment, my coworkers were AWESOME, and passengers were easy enough to deal with … most of the time. Let’s just say some people get, um, hostile when they’re traveling. It’s alright though. At some point in her life, every woman needs to be called an ugly **** **** for no apparent reason, right? Character building.

But I noticed a phenomenon that affects more than just the irates. (Did you know airline employees use irate as a noun referring to screaming passengers? As in, “Did you hear that irate over at B9?” FYI, if you make a scene in the airport, you will be laughed at in the break room.) Somehow, travelers forget altogether that the moving thing behind the counter is a person. I always felt like when I put the uniform on, I became part of the furniture. People would literally trip over me and not say a word. Here’s how it felt:

I’m not a person.
I’m a uniform. A navy blue uniform with silver accents.
(I mean “Delta blue.”)
Oh, and I have a face, but never mind that.
You don’t need to say “excuse me” as you pass,
Or look me in the eye as I
“Thank you for flying with us!”
After all, I’m the same color as the rest of the airport.
And your iPod really needs you.
So please, hover over me while I coordinate the forces of the universe to get your flight out on time.
It’s ok, because I’m
Not
Really
Here.
I’m a uniform.
And if you yell at me loud enough,
Or use the magic number of curse words,
I’ll tell you where your bag is.
And I’ll
“Appreciate your business!”
Because, after all those miles with us, you know anything blue is just
Part of the airport.

Disclaimer: Not all passengers are jerks, and I really do appreciate you flying Delta, especially if you happen to be a Diamond Medallion.

Moral: Be kind when you fly, and remember only God controls the weather.